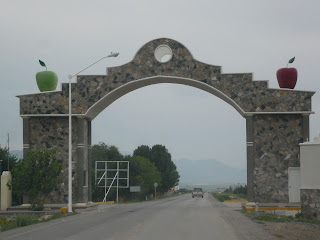 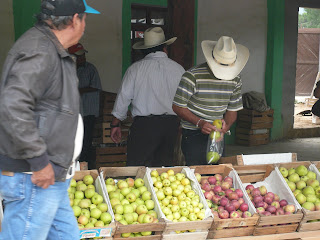 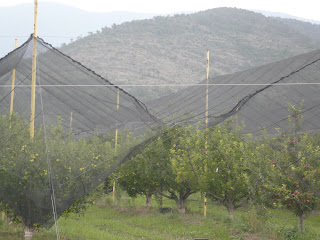 It was inevitable. After all, this is Mexico, a country known to Americans (sadly) for its illegal immigrants. A certain group of Mexican aliens made it across the proverbial border and have taken up residence in my stomach. I found a local doctor, recommended by my American insurance company, and visited him about the matter on Friday. He was punctual (impressive considering the reputation of ‘Mexican time’) and dressed in a denim shirt, Wrangler jeans, and cowboy boots. Um, which way to the ranch? He looked more like a horse vet than a human doc. And he didn’t speak English. I’ve had a total of one month of Spanish lessons, but I managed to explain my ailment to him – as if it needed explaining. All a doctor would have to do is take one look at me (blond hair, blue eyes) and laugh: “Of course, you have a stomach problem. You’re a gringa newly arrived in Mexico.” He wrote me a prescription for Flagyl, which I read on the Internet after taking it is not approved in the USA because it’s known to cause cancer.
Well, this put me in a funk for the whole weekend. The knowledge that worms were burrowing and reproducing in my intestines was bad enough, but the possibility of getting cancer as a result of, dare I make the pie pun, one bad apple put me over the emotional edge. It was enough to make me pick a fight with my husband. Which I did. With great success. Proof: it’s Monday and we’re still not talking.
My friend Kathy told me, and this was at least 20 years ago, “When you’re feeling blue, do something nice for someone else.”
So I’m going to take the apples I bought this weekend (see accompanying pics from the trip we made yesterday to San Antonio de las Alazanas and Monterreal, called the “Switzerland of Mexico”) and make my husband a pie as a peace offering. I’m sure the worms will enjoy it too.