Monday was a dismal day for a drive from LA to San Francisco, but we had interviews lined up for Tuesday and Wednesday and thus were committed to going. We chugged along, sometimes going as slow as 45MPH, over the snowy Tejon Pass. 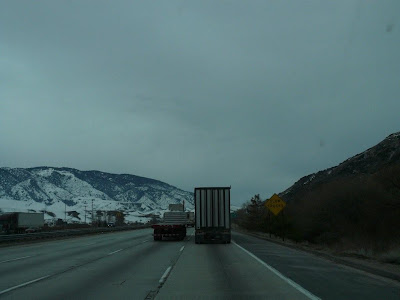 At least I had good company for driving with Janice and Jack as my copilots. Jack refused to get off Janice’s lap. She fought him for the first hour — “You’re not riding all the way to SF on my lap, little man” — but he won in the end. 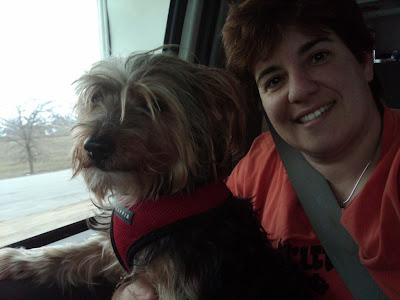 We carry Marcus’ picture on the dashboard (looking very serious in a photo taken for his Mexican Visa) for good luck. We like to think he is doing advance security for us so that we have both safe passage and good parking for our big rig. That said, I’ve parked under a few too many low-hanging trees these past few weeks and have some good size dings on the roof now, as well as a bent ladder and a scraped awning. 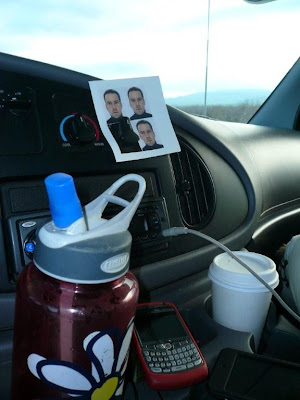 After making it over the mountain pass we spotted signs for a fruit stand advertising “Feel Good Food.” 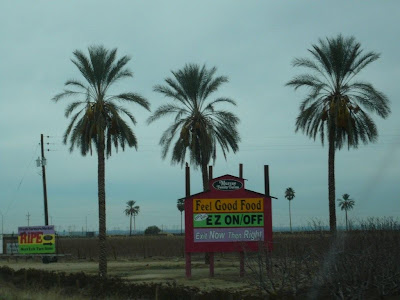 But realized too late that we could have stopped for pie! 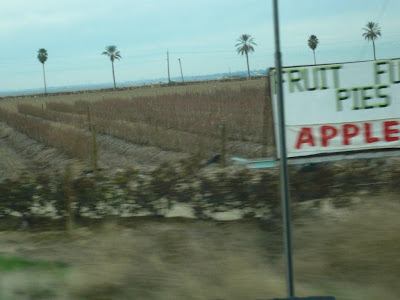 But road trips aren’t all about pie… In-N-Out Burger is a favorite — we love the fries! — so instead of yet another piece of pie we pigged out on double cheeseburgers. Yum! 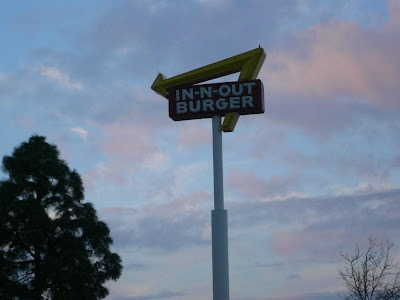 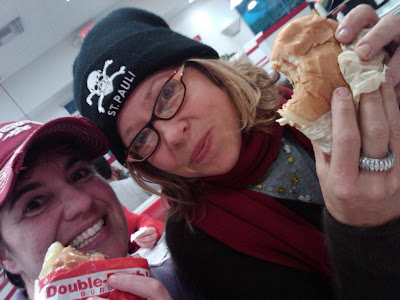 Next: Meeting Natalie Galatzer of Bike Basket Pies to follow her on her delivery route through downtown San Francisco.