It was like a treasure hunt. Upon arrival in San Pancho, Mayte the hotel owner gave me a map. I had just walked through the tiny village and laughed smugly to myself, “This is the last place on earth I could open a pie shop.” To my amazement, there on the map was an ad for Pie in the Sky Bakery. 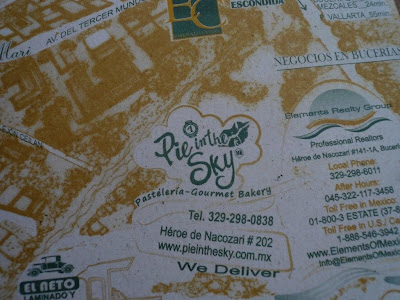 I wasn’t thinking this trip could be a tax write-off, but now I was all business. I had to find this place.

It’s in another town, Mayte explained, in Bucerias. Because Bucerias is a half hour away and I didn’t rent a car, I determined further research was out of the question.

By my last day here I grew restless and curious enough to at least explore the next town over, Sayulita, famous for its surf lessons. I mustered up the courage to take the bus.

Now if there was ever a question about whether or not I still have the will to live all I needed to do was sit in the front seat of a Mexican bus. During the short but windy 5 kilometer journey the driver careened around the corners as if he was driving a Porsche. It was like in a cartoon where the bus was leaning so far over it was tipping on two wheels — and then around the next curve, like a sailboat tacking in heavy winds, whipping back around to the other side. All this with trucks passing, facing near head-on collisions. Wide eyed with my jaw dropping open I turned around to look at the passengers behind me, to see if they too thought they were about to die. But all I saw was blank impassive faces, as if this was normal. Which, in Mexico, it is. I realized I don’t really want to die. At least I wouldn’t want to take out a whole busload of people with me. However, the grave markers lining the road indicate it wouldn’t be the first time. The driver was laughing, he might as well have been playing a video game. I made a sign of the cross to tease him, which made him laugh even harder. And I thought I was the insane one… But I digress. I was looking for pie.

I couldn’t believe my luck when I stumbled upon the sign! Pie in the Sky had a location in Sayulita! I followed the arrow. 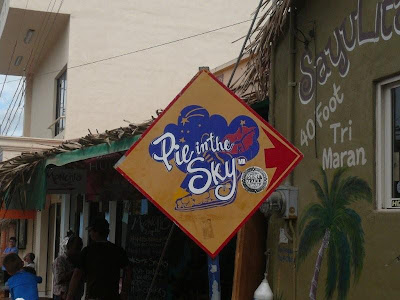 I could buy a skeleton print apron. This would be a conversation piece to wear at the National Pie Championships, I thought. But not for 38 US dollars. 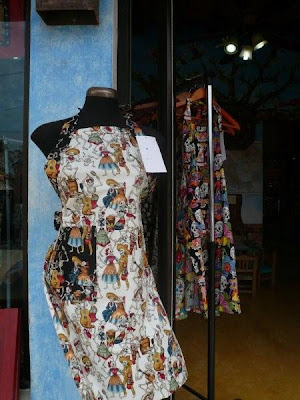 I could get a hair cut. 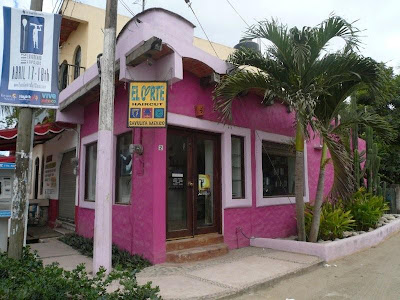 I could buy fruit. 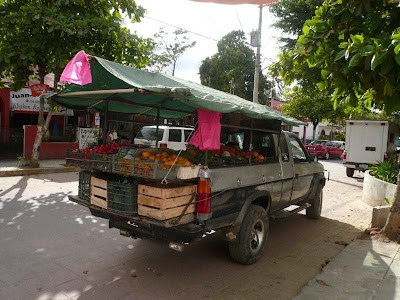 I could have a drink. 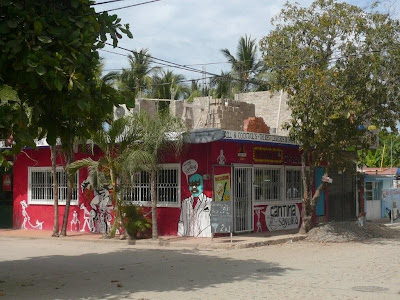 Better yet, a non-alcoholic one. 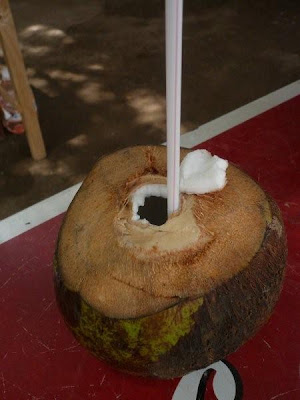 I could adopt a street dog. 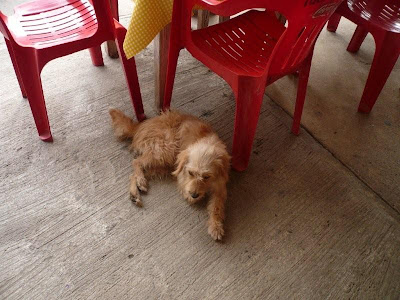 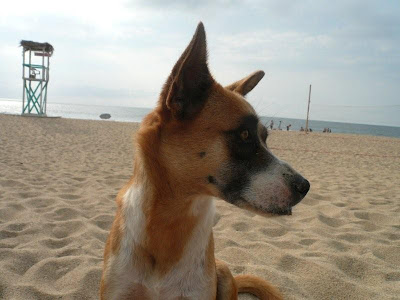 I could buy a bikini. 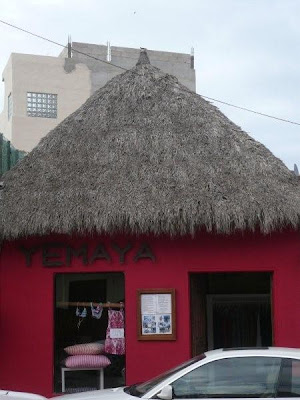 And then go surfing. 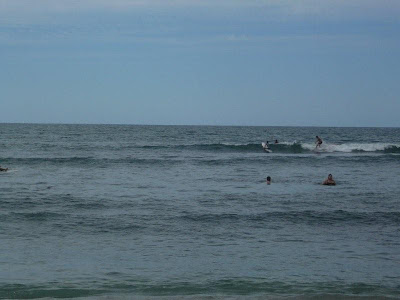 But I could not find pie.

After 6 blocks I asked around — Donde esta Pie in the Sky? — and learned from a real estate agent that someone used to bring pastries from the shop in Bucerias and sell them from a street cart in Sayulita. No more street cart, but they left the sign there.

No worries. I discovered Panino’s Bakery instead. 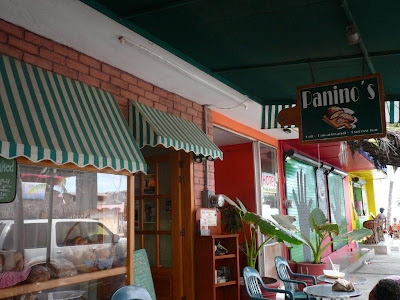 And inside an abundance of breads, cinnamon rolls, muffins…and pie. 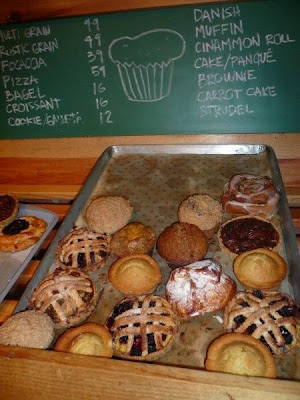 The apple pie looked pie contest-worthy but all I bought was a muffin for tomorrow’s breakfast. 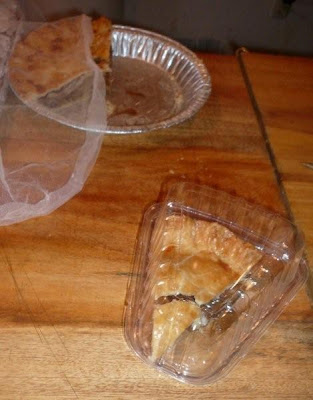 I returned to San Pancho, flagging down the bus to get my ride back. I thought of death again — and how maybe I’m not ready for it — as I jumped back out of its path as it screeched from 60 mph to a halt, kicking up gravel and blowing my hair back. You want to face your mortality? A Mexican bus ride is the way!

One last stop in San Pancho before making the 2 mile walk back to my hotel — the grocery store for more of that amoeba-fighting beverage, Yakult. 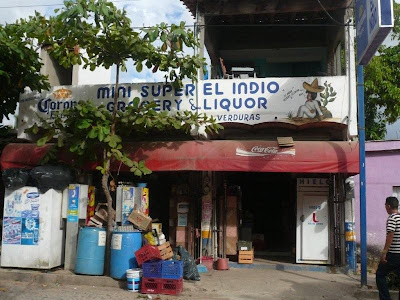 At the checkout another surprise awaited. Pie. In my bad Spanish I asked, Esta pay de queso? Yes, the clerk nodded. Cheese pie. I shook my head in disbelief. Pie? Here? Claro que si. Of course. 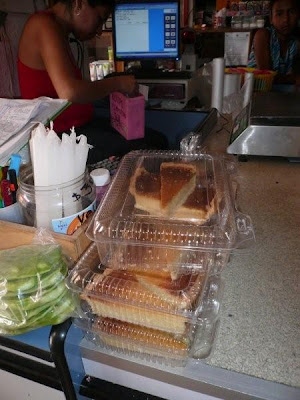 Clearly when we get “This American Pie” TV series made there will have to be a follow up series: “This Mexican Pie.” From what I’ve seen so far the possibilities for pie — or pay — in Mexico seem endless.

2 thoughts on “The Search for Pie – San Pancho to Sayulita”