August 19, 2010. The sun was shining, the humidity high, the heat penetrated the growing corn as I laid in bed in Des Moines, Iowa. I woke up at 8:03 and with my head still on the pillow I watched the digital clock as the numbers ticked by until they reached 8:36, which is 6:36 Pacific Time, which is the time that — one year ago now — was stamped on Marcus’ autopsy report on the line that read “Pronounced Dead.” I hate knowing the exact time down to the minute. I hate holding onto the 19th of every month knowing that number will always remind me of losing Marcus. And most of all I hate that Marcus is gone. But sometimes life doesn’t give you a choice. 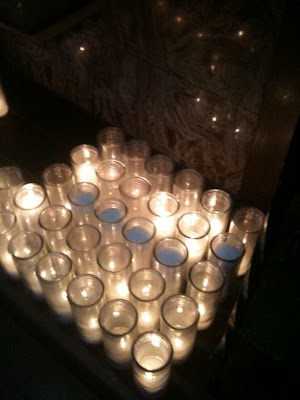 I did choose, however, to spend this dark anniversary in a light place. I drove 1,700 miles to Iowa — where I was born and raised — to judge pie at the Iowa State Fair, to be surrounded by old friends and familiar scenery, to be soothed by the pastoral landscape and its wide open horizons, to be — in a word — home.

My two weeks in Iowa have kept me so busy I barely remember my life in Portland, my grief, my tears, my landmarks (like our house, our favorite French bakery, the hospital…) that constantly made me think of Marcus. My one-year “grace period” of grief is over, which is why I intentionally removed myself, physically, from that place of sadness. 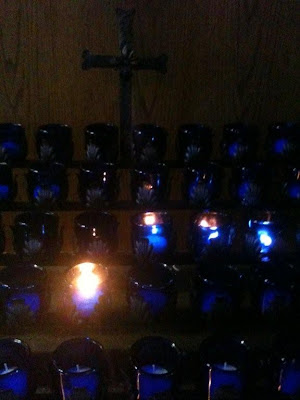 One Year. Reaching the one-year mark of Marcus’ passing is not like crossing the finish line of a marathon, where all that hard work and strenuous effort is magically, instantly, behind you and you’re given a shiny medal and a victory shot of yourself with the time clock in the background. There is no finish line for grief. It’s a life-long marathon, the training never ends, and you just continually build up really, really strong muscles over time.

That said, I watched the clock as the numbers clicked toward 9:00 a.m. and knew that even without a medal or a photo I had still accomplished something really big, a kind of race I didn’t know I could ever finish, one that at times I wanted to quit. Really quit. (And if you’ve been reading this blog for the past year, you know what I mean.)

I got out of bed and did something I almost never do — set foot in a Catholic church. (Remember, I almost got kicked out of Catholic high school. As a compromise they let me graduate a semester early.) But Catholics like candles and seeing as I didn’t have room for Marcus’ Buddha shrine in my Mini Cooper, I had to go somewhere where I could symbolize my lost love with burning light. The church St. Ambrose Cathedral — did not disappoint (in this case). 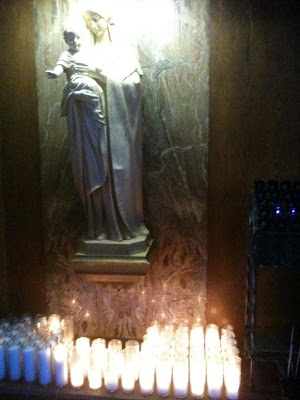 I chose the statue of Mary as the shrine because she was holding her baby, which represents the circle of life. People are born, people live, people die, new people are born. We all fit into this cycle. It’s just that some, like Marcus, die sooner than we could ever dream. I can only be grateful I had the time with him I did, even if it was cut short. I still miss Marcus, still love him, still grieve him, but have made the choice to keep living, to thrive, and…to eat pie.

Marcus would want me to keep going. And I’m know he would like having candles lit in his honor. Let the light – his light, my light, everyone’s light –shine.

1 thought on “Marcus: One Year Gone”