You’ve seen the shots of people posing with the pitchfork with the American Gothic House in the background, but here’s a new perspective. This is what I see when I look out my kitchen window. 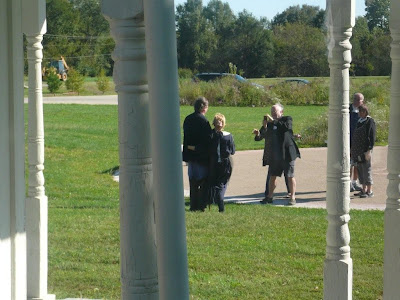 Three couples, dressed in the free costumes provided by the American Gothic House Center, lined up to have their photos taken this afternoon. Little did they know they were being watched! The picture below is taken from the living room, through the lace curtain. Note the pitchfork. The visitor center has a big supply of them. 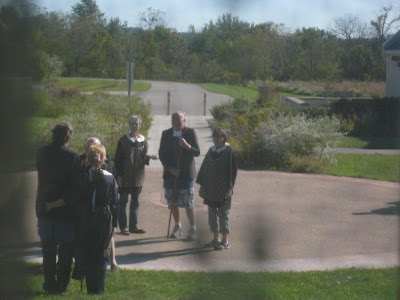 For those of you who thought I was going to be too isolated living out here in this remote corner of Southeast Iowa, think again. The traffic is light (compared to, say, the Empire State Building) but it’s steady and like other national treasures the American Gothic House attracts people from all over the world.
Seriously, I could watch these visitors come and go all day. It’s more interesting than television. Which is a good thing since I don’t have one.

2 thoughts on “The View from my Kitchen Window”