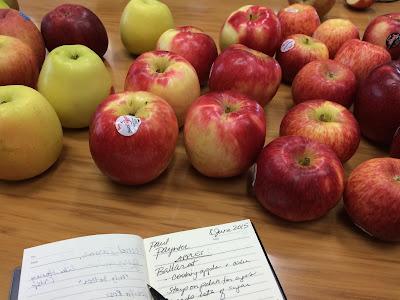 Here’s a lesson in trust. For most of my stops on the World Piece tour I have quite a few things planned, scheduled and confirmed on the calendar. For New Zealand, however, my first stop of my three-month journey, I left things a bit, shall we say, loose. I knew I wanted to teach a pie class. And because it’s New Zealand, home to the Granny Smith apple — the apple of choice I use for my pies — I knew I wanted to visit an orchard where these beauties are grown.

I love seeing how things come together.

My NZ contact, Grace, has a daughter, Louise, who lives in the Hawke’s Bay region, the largest apple growing region in the country. (The area is also famous for my other favorite horticultural product: wine.) Grace told Louise the “American pie lady” was coming to visit and asked if she could organize a tour of an orchard. Louise happened to be grocery shopping one afternoon a few days before my arrival and saw a truck parked outside. It had a company name painted on the door: Johnny Appleseed. It was a local apple grower.

Louise approached the man getting into his truck and told him about me and my request. (Go, Louise!) His name was Terrence, lo and behold he was the operations manager of the orchard (life is magical that way), he gave her his card, and after Louise passed his info on to me I emailed him.

After an initial exchange I then received an email from the company CEO, Paul Paynter, who offered to conduct a tour himself. He wrote, “We are completely snowed right now, so I don’t have a lot of time, but you are mad enough that I want to meet you.” (Mad as in crazy.) “The world needs more mad people.”

And that’s how I came to get a tour of The Yummy Fruit Company orchards. 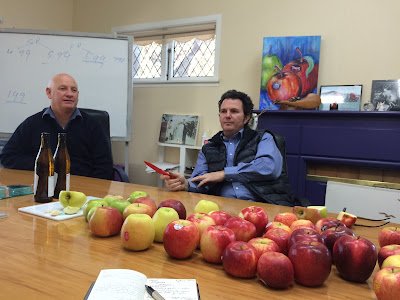 Ushered into the boardroom, I was greeted by a tableful of apples — and a man wielding a knife. 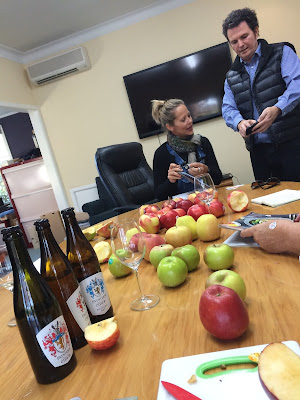 The man with the knife turned out to be company chief, Paul Paynter himself. He introduced us to some of his favorite apple varieties with cute names like Ballaret, Lemonade, Ambrosia, Braeburn, Pacific Queen, Sweet Tango, Smitten — and of course the one with which I am intimately familiar after making thousands of pies with them: Granny Smith. 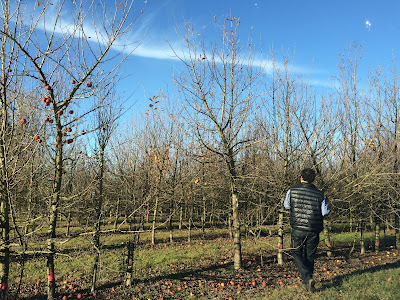 Paul gave us a tour of his orchards (they have 1700 acres), apologizing for the fact there wasn’t much to see given it is currently winter in the southern hemisphere. The Yummy Fruit Company is a family owned business and Paul is its third generation to run it. 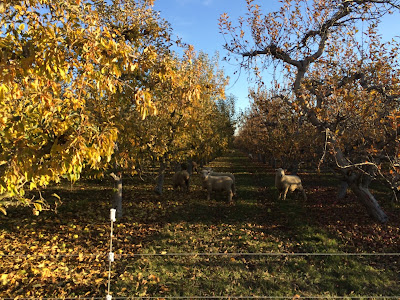 We drove past the Granny Smith section and I asked him if he planted those New Zealand sheep there just for me, as a prop to make the place look more, well, more New Zealandish. No, he said, they serve a purpose. They eat some of the leftover apples off the ground and their feet (hooves) stomp the leaves turning it to mulch. 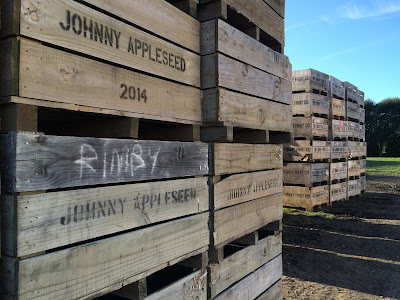 Paul’s grandfather changed the company name from Paynter to Johnny Appleseed to convey a more all-encompassing side of their product. 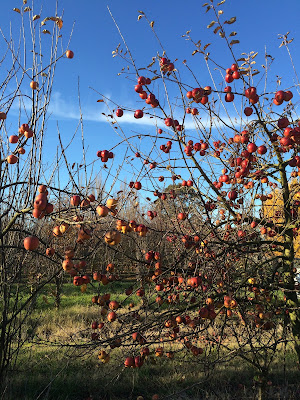 Harvest was several months ago, but there were still apples on some of the trees. 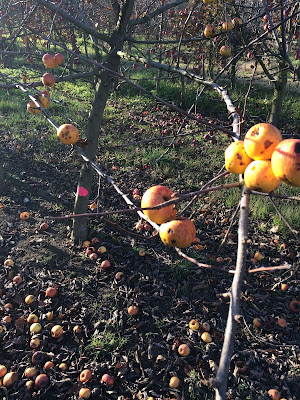 Do you see the pink spot on the trunk of the tree above?  It is marked to be cut down. Paul has a test plot where he is experimenting, trying to create and grow new varieties. He walks through and takes bites out of them and spits them out, like wine tasters do. The trees with apples that don’t measure up to his taste get the axe to make room for new and different trees until he comes up with a new variety –and taste — that he likes and thinks he can market. 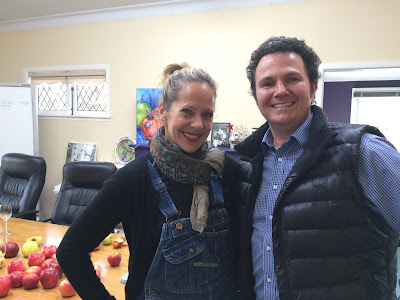 Paul says the world needs more “mad” people like me. I think the world needs more “mad” people like him. So we were in agreement on that. He is passionate about his work, he loves his apples and cares for them like their his family — and really, they are his family since his grandfather started the business and the company is run out of his grandparents old house. (The boardroom pictures is the old dining room.) Meeting Paul and spending an afternoon tasting apples was a highlight of my stay in New Zealand. 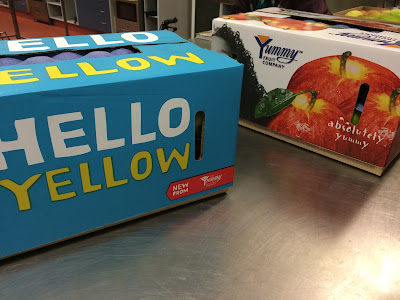 In the true spirit of pie — and by that I mean generosity — Paul gave us three cases of apples to use for my first pie class on the World Piece tour, which I was teaching the next day. We ended up using all of them and they were, just like the box says, absolutely yummy.