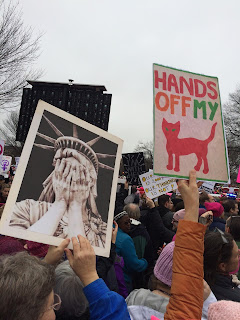 Many of you had been asking for a recap of the Women’s March, but, honestly, I am so depressed this week it is hard to write one.

It’s been a week of political (and insane) assault on our democracy and freedom. Our role as an egalitarian, inclusive nation is being completely undermined. It’s the Orwellian stuff of “1984.” (Amazon sold out of its copies this week as customers seek a refresher on George Orwell’s dystopian novel.) The new administration has abandoned all aspects of diplomacy and become blatantly blind and insensitive to the world we live in—a global one, an intricately connected, interdependent and symbiotic one. Instead of striving to be a peaceful and welcoming country, the new executive orders being handed down will only create more—and more determined—enemies. Immigrants who have been thoroughly vetted are already being turned away at our borders. Are you fucking kidding me? Unless you are a Native American, we are ALL immigrants here. 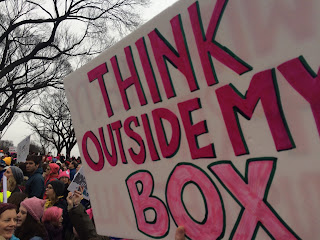 Don’t even get me started on all the other hair-pulling, primal scream-inducing madness coming out of Washington—the war on education, on the environment, on healthcare, on the media, on science, on immigration, on the basic human rights we have worked so hard for over the decades. Not the least of which is abortion. The conservative-minded righteousness about protecting an unborn fetus is ridiculous when you consider the utter lack of support for the mother and child after an unwanted or unplanned baby is born. Take a look at the foster care system in this country and you will see exactly what I mean. (If you don’t believe in abortion, don’t have one. But what others choose to do with what’s in their own uterus is their business.)

My brain is so overloaded with all the alarming news this week my head feels as if it will explode. My soul is feeling so crushed I can barely cope. 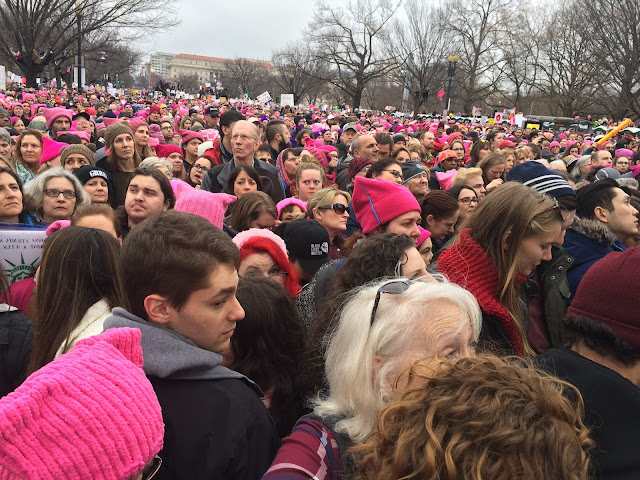 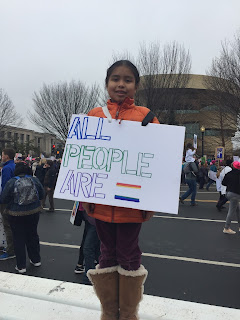 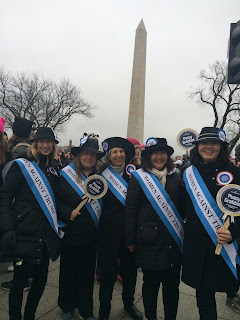 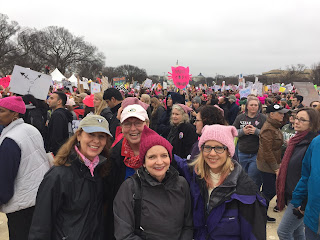 But for that one day, Saturday, January 21, I felt so empowered, so supported, so encouraged by the huge numbers of people who showed up to protest. Organizers were hoping for at least 100,000 in Washington, D.C., but estimates state it was closer to 500,000. We packed the streets so tightly we could barely move our feet. We listened to intelligent, caring people speak as they took their turns on the stage. We chanted and held up our protest signs and wore our pink pussy hats. (Those pink, cat-eared hats filled airplanes, buses and sidewalks leading up to the march, and on the day of the march they created a sea of pink lighting up a cloudy day with vibrant color.) We made friends. We made headlines. We made it known that we are not going to accept this new (and dangerous) administration.

Even more encouraging was that people marched on ALL SEVEN CONTINTENTS—proof that American policy affects the whole planet. And there are a whole lot of people on the planet who don’t want the world to end. Women, men, and various combinations thereof, showed up in person to stand for equality, democracy, and, above all, for world peace. Even in places with temperatures well below zero, people marched. In the hallways of hospital cancer wards, people marched. On board ships, people marched. On rural highways, people marched. All the way around the globe, people protested the new president and his policies. More than 3 million took to the streets. And not one single arrest was made. 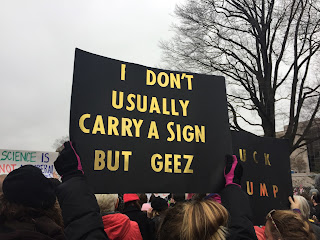 As for me personally, marching was never on my bucket list. Normally if I had anything to protest I would simply write about it. But nothing feels normal anymore. So I joined the masses in Washington.

Shoulder to shoulder with like-minded strangers, I joined my fellow marchers in shouts and cheers and warrior-like cries. “Women’s rights are human rights.” “Hey, hey, ho, ho, [you know who] has got to go.” And the one that still runs through my head after saying it so many times—answering the call of “Tell me what democracy looks like”—“THIS is what democracy looks like.”

I felt so proud to be there, saying those words. I felt like I was no longer just me, not caught up in myself or my own needs. For the first time in my life I was part of something so much bigger. I was one tiny speck of a larger organism, a force of life called Humanity.

I felt so proud of the other people who showed up to say those words. Proud of the solidarity, the camaraderie, and the politeness displayed by all. Proud of the diversity, the vast range of ages, shapes, sizes, colors and costumes.

During that day, pressed so tightly against the bodies of others, I felt so hopeful that not all of humanity has lost their sense of compassion or care for others’ well being. I felt hopeful that with this huge show of concerned citizens that we can preserve our freedoms, uphold our Constitution, and reestablish our reputation as a country that is united with the Free World and not with New World Order.

Like I said, that was last week. The challenge now—and it’s a big one—is to maintain that positive feeling, to not lose hope, to not let my brain explode or my soul get extinguished. I know I’m not alone in my despair. I know the 3 million people who marched share my sentiments. And I know there are millions more, as not everyone who wanted to march could be out there.

We marched. We turned up in impressive, unprecedented numbers. But now what? What can we do? How can we help? And how can we maintain any sense of optimism going forward?

Keep calling your representatives. Send them letters. Run for office yourself, even your local school board. Donate money to and/or volunteer for the organizations whose causes you care about, especially the ones threatened with de-funding. Organize in your own communities. Sign up for “10 Actions, 100 Days.” Write letters to the editor. Take time for self-care. Keep marching. (To stand up for science. And to demand someone’s tax returns.)

Yes, yes. Got it. That’s a list of what I’ve heard and read so far. But what else? I’m sorry for not offering any solutions or salves here. Instead, I am asking YOU for them.

Please write to me and tell me what keeps you going. Tell me what you are doing, what action you are taking, what seems to be working, and especially how you are staying optimistic in this new—and hopefully short-lived—era. Seriously. Please write to me. My email is beth [at] theworldneedsmorepie [dot] com. I promise to compile all the answers and share them with you.

In the meantime, I am still doing laundry and catching up on my sleep. There are more marches ahead—and more blog posts to write—and I need to be ready.

Read this article in the Huffington Post: 10 Things The Women’s March On Washington Accomplished

3 thoughts on “Thoughts After the Women’s March on Washington”