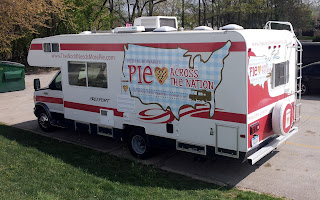 It is Week Five out of six on my “Pie Across the Nation” RV Book Tour to promote my new memoir, “Making Piece.” I’ve traveled from Eldon, Iowa (where I live in the American Gothic House), driving the 24-foot RV my husband left behind. Affectionately called “The Beast,” I packed up my two terriers, my pie baking supplies, and my “Free Pie” sign and left home on April 3. In the past month I have covered the entire West Coast with a side trip (by plane) to Florida. Here are the stats so far:

Number of days on the road: 32
Number of cities visited: 13
Number of tanks of gas: 12 (That’s a rough guess. I’m too afraid to add up the receipts yet!)

Number of times I’ve emptied out the RV waste tanks: 3
Number of rolls of duck tape used to keep RV parts from falling off: 2
Amount of money spent on RV repairs: $800 (for new brakes) 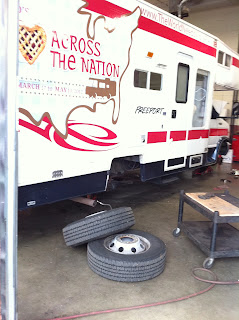 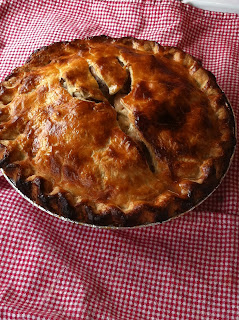 Number of pies I baked in the RV that came out lopsided from being parked at an angle: 1 (That’s a Shaker Lemon) 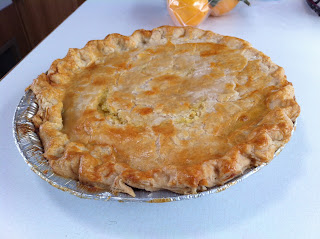 Number of times I’ve been on the front page of a newspaper: 3 (the biggest one being the LA TIMES! Pictured below: Seattle Times) 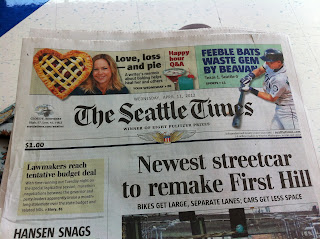 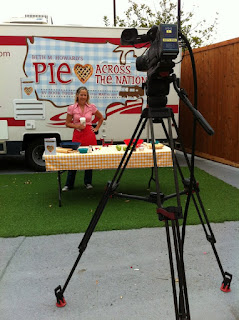 Number of times I’ve had my face air brushed with makeup to appear on HD TV: 1
(To see video of TV appearances & other press, see my news page)

Number of books sold: no idea (publisher says stats won’t be available for 6 months)
Number of pens used up from signing books: 4

Number of slices of pie I’ve eaten: 15 (not enough!)
—banana cream 3  (from The Apple Pan in West Los Angeles) 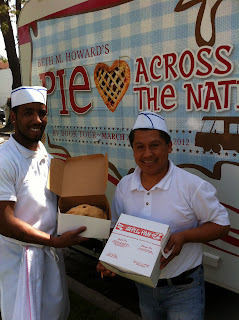 —blackberry 1  (from High 5 Pie in Seattle)
—tripleberry 2 (one in Santa Monica, one in Florida)
–strawberry rhubarb 1 (homemade in Olympia, WA)
— marionberry 1  (from Bipartisan Cafe in Portland) 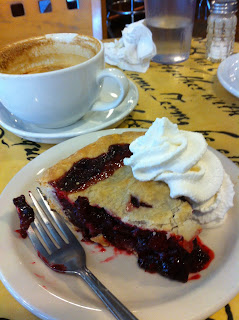 —key lime 2  (ordered from room service in Orlando, Florida)
—pecan 2  (from The Apple Pan in West Los Angeles)
—apple 3  (a few slices of my own homemade pie)

Number of bottles of cough syrup consumed: 4 (a chronicle of my bronchitis will be my next post)

Number of trips to the ER: 2 (bronchitis related — ugh! — more on that in the next post as well)

Number of times I’ve said, “I just want to go home”:  I’m not going to tell you!