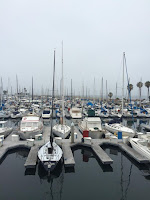 It’s 6AM and I am sitting in the guest bed at my parents’ apartment in Redondo Beach, California. They are still asleep but I am wide awake. I still have a lot to do before I leave U.S. soil tomorrow. One of the things I wanted to do before jetting off (for my first stop of New Zealand) is answer some of the questions I keep getting asked. I promised to blog about my trip and if you know my blog then you know my posts are not just pretty pictures with captions. I give you the deep and personal stuff. Even when it’s not comfortable. So here you go — warts and all, as they say — the answers to your FAQs.

Q: Aren’t you so excited?

A:  This has been a hard question to answer. I WANT to say I’m excited, but unless you consider a stomach tied in knots and waking up with stabbing pains in your diaphragm excitement, well, then yeah, I guess I am. I’ve been so caught up in trying to make contacts and lock in detailed plans for pie classes in 10 countries, as well as pack up my California apartment, drive cross-country in the RV, have a molar pulled, get my dog to “summer camp” in Iowa, get World Piece business cards, aprons and T-shirts made, and make a zillion agonizing decisions about what to bring and what to leave behind, well, I haven’t really had a chance to think about the fact that this trip might actually be FUN. But I’m pretty sure it will be. And I’m pretty sure my stomach will relax once I actually get on my way.

Q: Who planned your trip?

A: Just me. Step one was calling the airline to book the round-the-world ticket using frequent flyer miles. One phone number, one call, one hour on the phone and it was done! I chose the destinations based on where I already knew people or had invitations. Once I locked in the places, dates and flights, I spent the next 10 weeks doing nothing but doing research, sending emails, making lists on my white board, and printing out excel spread sheets. It was a full-time job. Too bad I’m not paid for it! I’m also pretty sure all the hours invested in preparation will pay off.

Q: Are you going alone?

A: I’m flying alone, but I will be staying with friends in most places. I admit one of my first fears was worrying that I might be lonely. But I know from experience that when you travel alone you are much more open to meeting other people. And meeting people is really what World Piece is about. Pie is just a good excuse.

Q: What do you pack for a round-the-world trip?

A: Good question! And I still don’t have an answer because I am STILL packing! Or should I say, unpacking, as I am still paring down my load. I have to bring cookbooks — which weigh a lot — and pie-making supplies (my rolling pin is heavy but I have to bring it!)  I am bringing my overalls because I promised the American Embassy I would wear them when I recreate my Pitchfork Pie Stand at their Fourth of July Party in Bangkok. And one added challenge is that I will be in several different climates — it’s winter in New Zealand and Australia, tropical in Thailand and India, and temperate in Europe. My goal is to get everything in one big duffel bag. Wish me luck!

Q: How are you getting all your pie ingredients?

A: I’ll be hunting for ingredients locally in each destination. I won’t be very far off the beaten path — I’m not going into any remote villages in wild jungles or anything — so finding grocery stores that stock flour, sugar, butter, and apples shouldn’t be too difficult. New Zealand is home to the Granny Smith apple, so that one will be a cinch! But if ingredients are hard to come by, I will just have to practice what I preach: Pie is not about perfection.  Pie is about improvising.

Q: Are you filming your trip?

A: I thought I couldn’t — shouldn’t — do this once-in-a-lifetime trip without a film crew. Or at least film it myself. But who was going to finance a camera crew when I was barely eking out the funds to do this trip solo? Trying to convince a production company — or a corporate sponsor — to hop on board would take months, even years. If I filmed it myself I would first have to teach myself how to use a camera. Wait, no, first I would have to GET a camera. And I would have to lug along all the extra gear: tripod, battery packs, etc. to go with it. When I realized how much I was stressing about it I said F**k it, I’m a writer. I’m going to write about this. And take pictures with my iPhone. And even though my iPhone is the baby version with a measly 16 GB of memory I will try to shoot a few little videos here and there. So that’s my answer. Which in short is no. But which also leads to the next FAQ…

Q: Are you going to write a book about this?

A: I hope so, but I’m not putting any pressure on myself at this point. I could have put together a book proposal before I left but I decided to actually let the experience happen first, then consider the book. When I wrote “Making Piece” I was so compelled to tell the story it was bursting to get out of me. The book practically wrote itself. If that happens after World Piece, then yes, definitely.

Q: Where are you going to live when you get back?

A: I have no idea. I’m hoping these next few months will inform my next steps. It can be hard to be so unsure, but I am going to be so busy traveling I won’t have to worry about it until September. Now that I’m finally untethered from my American life and all my belongings, I’m getting less anxious and more comfortable with the idea that whatever the future holds it will be a good surprise.

Q:  What are you most afraid of?

A:  At first I thought my biggest fear is that I might die. Irrational? Maybe. But ever since Marcus died I’ve carried the knowledge that life is fragile and can end in an instant. And yet my bigger fear is not about me, it’s about fearing that someone else will die while I’m away. On that “someone else” list is my surviving member of Team Terrier, Jack. It was hard to say goodbye to him for 3 months, but I have made peace with the separation knowing that he is having a blast running wild on my friend’s farm in Iowa. No leash for 3 months? He isn’t going to miss me one bit!