Today was a day of meeting old friends and making new ones. We started off in Malibu at the beach house of Kathy Eldon. Kathy and I met in Nairobi, Kenya 23 years ago where we discovered in the first five minutes of talking that we were both from Iowa. Our friendship has spanned the years and the globe and one of the things that has always brought us together is….PIE! PICTURE: Beth delivers an apple pie to Kathy Eldon.
Kathy, whose grandmother wrote a cookbook (and lived to 106) was my first pie mentor — the one who always shouted, “Don’t manhandle the dough!” — so it was fitting she be part of our pie documentary. Sadly, the other thing that unites us now is our grief. Her son Dan Eldon was a photojournalist killed in Somalia and she swears I helped her deal with her loss — and likewise, she has been there for me as I’ve navigated my new world without Marcus.
Kathy sets an example of how to turn tragedy into activism. Her foundation, Creative Visions, inspires (and funds) others to help change the world through media and other creative projects. Maybe Creative Visions can sponsor “Pie it Forward” next year?! Do take a look at her website. Also keep your eye out for the major motion picture being made about Dan Eldon’s life, with Julia Roberts playing Kathy! 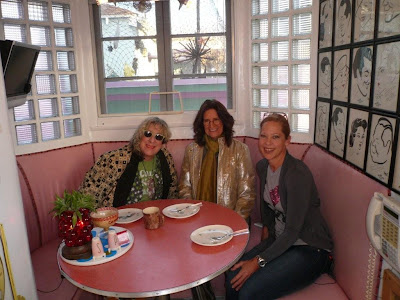 Next, we drove the RV across the city to the San Fernando Valley and visited the home of Grammy-award winners Allee Willis and Prudence Fenton, the creative duo who brings us Pigmy Will. I had no idea five months ago when I posted a Pigmy Will video on my pie blog that life would go in this direction — that Marcus would be dead just 11 days later, that I would be driving the RV all over the West (I think I’ve put 2,500 miles on it so far!), and that I would be doing a TV shoot about pie — ahem, about HOW PIE CAN CHANGE THE WORLD — and that one Sunday afternoon in January I would be sitting around the kitchen table with Allee and Prudence talking about an animated character who loves pie. Maybe someday this will all make sense. Though I can’t help but think that Marcus is “up there” making all of this happen. 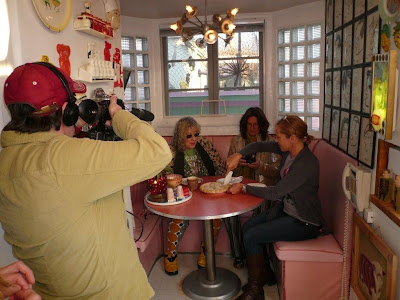 I get the easy job. I get to sit around and eat pie while Janice watches through the lens of her camera. On the other hand, I like to think I make up for it as the designated driver for the RV. 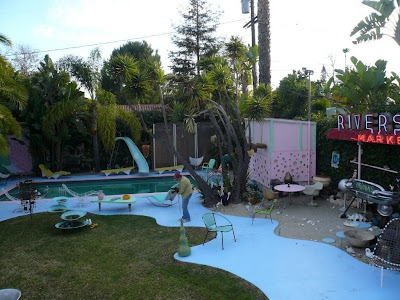 Allee and Prudence’s home was built as a party house for MGM studios. It’s like a museum to Old Hollywood. We only found out after we left that the pictures hanging around the kitchen table came from The Brown Derby and made famous by appearing in episodes of “I Love Lucy.” 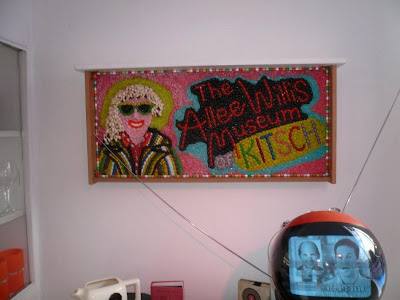 It was another incredible day in the Life of Pie.
Next: We drive to San Francisco where we have more exciting interviews set up with more fascinating people who love/make/eat pie.
PrevPreviousDay 6: TV Pilot — FREE PIE FOR LA!
NextDay 8: TV Pilot — Driving from LA to San FranciscoNext
Subscribe for Updates
Copyright 2022 | All Rights Reserved
Facebook Twitter Youtube Instagram Goodreads-g Pinterest