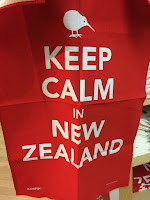 My first pie class of the World Piece tour was in Napier, New Zealand. Brett Zimmerman (aka Mr. Z), a friend of Louise Watts (my host Grace’s daughter), is a cooking teacher at a local college. (College in NZ is high school in US terms.)

The first thing we did was go shopping for pie tins. There is a restaurant supply warehouse just 2 blocks from the school. And luckily they had pie tins. The only kind they had were “very deep dish” but I didn’t mind. We had plenty of apples to fill them. My pie mentor Mary Spellman taught me to make pie in generous portions: “Don’t be stingy,” she always said if I put too little filling in a pie dish. Besides, America has a reputation of doing thing BIG. So big pies were what we would make.

Before the class, Mr. Z used some of the apples to give me a lesson in knife-handling skills. We carved swans. He had worked in some fancy pants restaurant and they made these as a garnish, not to eat. He said he worked 14-hour days at that job. No wonder his days were so long! It takes a lot of time to create these carvings. It was fun to learn, but I prefer using apples for pie.

We had about 18 students for the class. (I didn’t actually count them, Grace did, but I think the number was more like 16 because she included me and Mr. Z in the headcount.) Participants ranged in age from 17 to 70. Mr. Z had sent out email invitations to the school administrators, his cooking students, his catering business helpers, and a few local Hawke’s Bay friends.

No matter where in the world I teach a pie class, it is pretty much always the same format. Introduction, overview of what we’re going to do, demo, turn everyone loose, and then watch the flour fly. 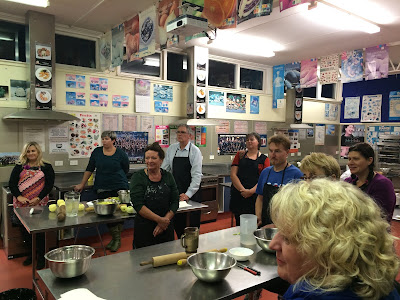 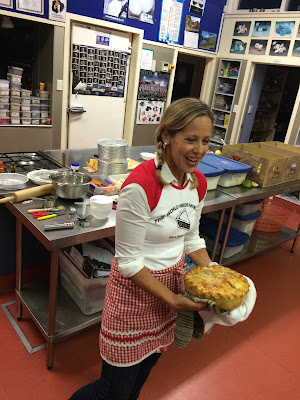 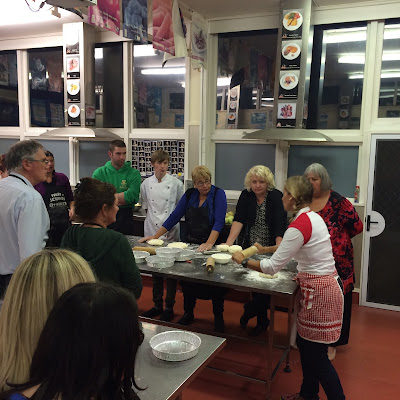 Neil had to leave early so he took his unbaked pie home with him. On his bike. He had to ride one-handed. In the dark. I never did hear if the pie made it or not. I’m pretty sure no news is good news. I had to hand it to him for his adventurous can-do Kiwi spirit. 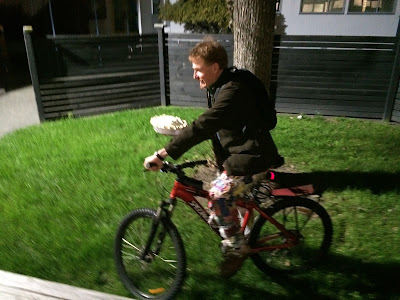 I wore my running shoes for the class. I know from having used classroom kitchens before that when you have multiple ovens dispersed through the large room it is a real workout to move between the tables and around the people (dodging rolling pins and trying not to slip on the pie dough that’s fallen on the floor) to get to the ovens. You don’t want your students to do all that work preparing the pies only to have them burn!

I couldn’t read the dials on Mr. Z’s ovens as the numbers were worn off. They were in celsius so I couldn’t understand them anyway. But thanks to my sprinting and squats and the effort of rotating pies around on the oven shelves, every single pie came out looking….well, YUMMY. 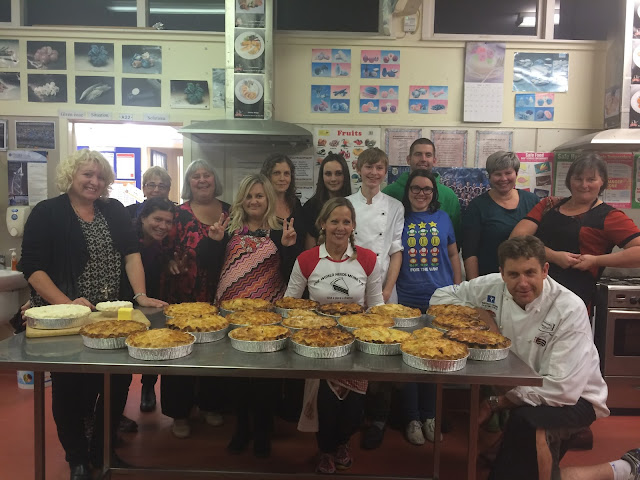 Every pie class ends with a “Victory Shot.” This one was no exception. Look at all those happy people. And look at all those gorgeous pies! Pie really does make the world a better place.

And to think is only the first class of the three-month, 10-country, round-the-world journey. Here’s to many more pies and many more happy people.

Thank you, New Zealand — Grace Bower, Louise Watts, Brett “Mr. Z” Zimmerman & the William Colonso College, Paul Paynter & the Yummy Fruit Company, the Ibis & Novotel Hotels in Rotorua, and many others — for making the first leg of World Piece a fun, safe and successful one.