A Good Reason to Wear Orange

I used to live in Venice, California in a neighborhood referred to as “The Hood.” A transitional neighborhood, this is an area where young hipsters can afford to buy fixer-uppers, nudging gang members out of their dwellings, one half-a-million-dollar house at a time. Even Whole Foods invested here, knocking down Big Lots and opening up (in a brand new LEED certified building) one of its high-end health food stores. (This location has become so popular – read: crowded – there’s even a rap song about the battle for parking. It’s also known for its pick-up scene for singles where yoga babes and filmmakers cruise the organic produce aisles for dates not vegetables.)

In The Hood, it is a regular thing to hear gunfire. Marcus was staying with me one weekend (when we were temporarily living apart for our respective jobs) and we were on our way to the dog park at 8 on a Sunday morning. “Pop, pop, pop!” we heard as we were leaving the house. I can still remember the look Marcus gave me as we ducked back inside for cover – “What made you choose to live here?” his face expressed. I’ll tell you what: It was an affordable cottage within walking distance to the beach. (Affordable in LA translates to $1,250 a month for a one-room guest house.)

Now I live in rural Iowa (where I rent a whole 3-story house for $250 a month.) I moved thousands of miles away from the Crips and the Bloods. And yet, I am not safe from getting shot.

Every day I walk my dogs in the hay fields next door to my house, hiking through a corner of the 1,300-acre unpopulated parcel of rolling hills and open space. I look forward to this daily walk, regardless of the weather. It is my therapy, my thinking time, my church. Pulling on my rubber farm boots signals to the dogs we’re ready and they start bouncing up and down with happy anticipation.

A few weeks ago I had just finished my hour-long loop of the hay fields late on a dark, rainy afternoon and was met at the gate by an SUV, parked there waiting for me. A man dressed head to toe in green and brown camo raced out, making a beeline for me.

“I almost shot you!” he barked as he approached. He looked panicked and ashen, his adrenaline clearly pumping. His eyes were wide, his breath short. “You could have been killed! Don’t you know you need to wear orange?”

I looked at him blankly, as my dogs sniffed around his pant legs. I had never considered how my outfit — a gray raincoat, black fleece tights and brown hat — blended right in with the drizzly gray dusk. I had also never considered that all those deer I came across during my walks, let alone me, had guns pointed at their heads.

“And you need to watch your dogs,” he continued, intense and breathless, his dark eyes fixed on me as if to force the seriousness of his message to sink in. “We set coon traps out there in the timber.” My two terriers, one brown and black, the other as blond as the hay, could have passed for raccoons or rabbits or any small mammal who might stumble upon a trap.

“Thanks for letting me know,” is all I said and left him to deal with the decline of his adrenaline.

His message did sink in as I went home and searched for all the orange and red and bright and fluorescent wearable items I could find. I came up with two red bandanas to tie around my dogs’ necks and an orange bike jersey for me.

Then I went to my neighbor Don’s house and borrowed his hunter-orange cap. Don is the same neighbor who towed my Mini out of the mud, tilled my garden plot, and rescued me from the snake who had invaded my house. And now I can add to the list: saved me from getting shot.

In spite of being required to dress for safety I don’t mind wearing orange because the color makes me think of so many positive things. I was wearing an orange sweater when I met Marcus – a bulky Ecuadorian wool cardigan with giant daisies on it. Orange was Marcus’ favorite color. He had lived in London when the British cell phone company came out with its catchy slogan, one we used to repeat to each other: “The future is bright, the future is orange.” Orange makes me think of sunny California and all those citrus groves. Orange is healthy. Orange is Vitamin C. Orange is the color of pumpkins and that means pumpkin pie! 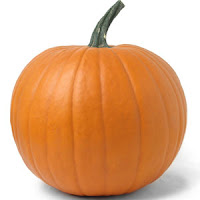 And, according to Precision Intermedia’s definition of the psychology behind this shade, orange is “the most flamboyant color on the planet. It’s the color tied most with fun times, happy and energetic days, warmth and organic products. It is also associated with ambition. There is nothing even remotely calm associated with this color. Orange is associated with a new dawn in attitude.”

So with my “newly dawned attitude,” now I don’t just walk the fields in my eye-popping garb, I yell out to the tree line as I’m walking, “Coming through. Put your guns down. I’m walking with my dogs. Don’t shoot.”

Wearing orange seems to be the best rule for safe field-walking in Iowa – where, happily for me and my dogs hunting season ends in three days. But I doubt it would do much good in The Hood in Venice, where “hunting season” seems like it will never end. Not that I’ll ever move back there, but if I did, I might invest in a bullet-proof vest. For my dog walks to the beach. And to Whole Foods.

(If you missed it above, you have to watch DJ Dave’s rap video. I too have been cut off by a Prius — with Save the Whales license plates, no less — in that same Venice parking lot! He captured it perfectly. Except for the background noise, that is. Pop, pop, pop.)