The Gulp: Waiting for my Cookbook to Launch

My cookbook, “Ms. American Pie: Buttery Good Pie Recipes and Bold Tales from the American Gothic House,” comes out in just a few weeks. I got the book deal exactly one year ago and started writing it last April. I worked on the recipes all summer. I did the photo shoot in June and July. For the shoot, I made 35 different kinds of pies in 2 days! And they 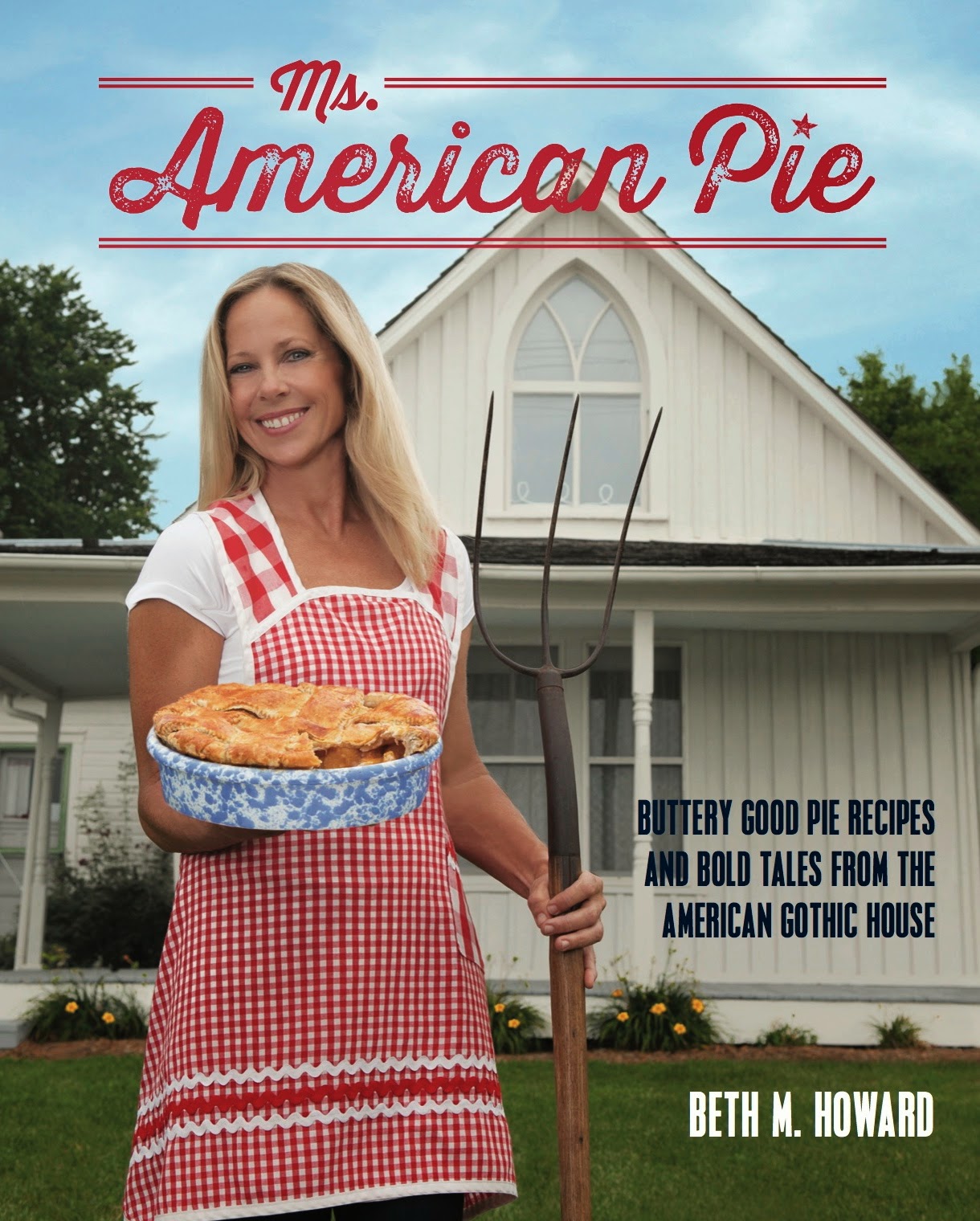 had to look good enough for the camera. No pressure there. Sheesh. (Note, I say “good enough” because remember: Pie is not about perfection.) I did the editing and proofreading off and on throughout the fall into early January. The manuscript made the rounds through the publisher’s editorial and art teams and came back to me several times with questions and tweaks. By the end of January the color proofs were approved and sent off to the printer. The book was printed in February, in China, and now thousands of copies of it are making their way across the seas in a shipping container. (A few advance copies were flown over, as you read in my post about receiving the FedEx delivery.) And finally, after all that, it will be ready for distribution and placed in stores in April.

What a long and crazy year it’s been.

Ironically, this period right now, just a few weeks shy of my book’s arrival, feels like the hardest part of the whole process. Yes, I am busy working on getting the book tour scheduled and doing publicity, but the fact is, the book is still “out there” somewhere in some nebulous space. There is this emptiness, this no man’s land, this “in between.” There is the unknowing of how it will be received, and thus the anticipation, the nerves, the impatience. And yes, the fear.

But I found something to help get me through this final stretch.

I just bought my artist boyfriend two books. One I had read before — I discovered it two years ago when I was doing my book tour for “Making Piece.” I was in Austin, Texas at Bookpeople and as a courtesy for my event they offered me a discount in the store. The clerk recommended a new release by a local author named Austin Kleon and his book was called “Steal Like an Artist.” It was one of those hand-written, sketch/doodle books full of quotes and inspiration. It reminded me of a younger, hipper, male version of one of my favorite authors on creativity, SARK. Her book, “Inspiration Sandwich,” is one of my all-time favorites.

In “Steal Like an Artist” I loved Kleon’s suggestions and encouragement to emulate those whose work you admire. And if possible, hang out with them. Like the page from his book (pictured above) says, “Stand next to the talent.” It reminded me of my dad’s best and wisest advice from my childhood: “Surround yourself with positive people.” My dad also said, “The surest way to unhappiness is to compare yourself to others.” So yeah, stand next to the talent but don’t compare yourself to them. Don’t be them, be yourself.

Kleon’s second book just came out this month. It’s called “Show Your Work,” and it’s as good as the first. (Okay, so I bought this as a gift for my boyfriend, but he didn’t mind letting me read it before him.) A lot of the content wasn’t new to me as I already practice a lot of what he preaches: make friends online but meet them in person, give credit to the people you quote (yes, thank you, Mr. Kleon), start a blog, build a website, and don’t let public opinion (like mean-spirited comments on your blog or Facebook page) get you down — in fact, just delete them! Which reminds me of another nugget of wisdom from my dad. When I was in 5th grade and came home in tears after an unwarranted reprimand from my teacher, he said, “You don’t have to listen to everyone. Pretend to listen if you have to, but tune out the negative stuff.”

I loved “Show Your Work,” but it wasn’t until I got to the “Behind the Scenes” section at the very end that I experienced my “Aha!” moment. Here, Kleon outlined his creative process and showed some “outtakes.” He describes something Jonathan Lethem said (remember: give credit to the people you quote) and it resonated with me. Deeply. Not only that, it helped. It gave me comfort. Relief. Inner peace. Someone had perfectly and precisely described what I’ve been feeling these past two months. He even had a name for it: The Gulp.

In case you can’t read the words in the photo, here’s what it says:

“There’s a period of time, according to Jonathan Lethem, a place after you’ve finished something and before you’ve published it, in which it no longer belongs to you, but it doesn’t belong to the audience yet either. He calls this ‘The Gulp.’ It’s an unsettling place.”

Getting a book published is so different from writing a blog. With a blog, you get instant gratification and the satisfaction that comes from getting published with one self-controlled push of a button. A book is a long process and a collaborative effort. It’s tangible and tactile. You can hold it your hands, turn the pages, feel their smoothness, admire their color. It’s more permanent. And more susceptible to criticism. A book requires determination first to sell it, then discipline to write it, patience and faith to give birth to it, and finally, trust that once it goes out into the world the audience will love your baby as much as you do. This last phase is unsettling indeed!

In the end, are all the long hours — and, in my case, oven burns — worth it? Yes. I just hope you think so too. But like me, you’ll have to wait a few more weeks. Welcome to The Gulp.

NOTE: Austin Kleon is on his book tour the same time as I’m on mine. (Here is the link to my tour schedule.) He is appearing at Changing Hands Bookstore in Tempe, Arizona on April 17, the night after I’m there. I was hoping to stay an extra night and catch him — meet him in person as he encourages in “Show Your Work” — but I have to be in Albuquerque and the RV doesn’t go very fast.