‘What Am I Doing?’ Baking More, Blogging Less

My friend Susan, a journalist, emailed me an article last week about using Twitter, a new social networking/”micro-blogging” vehicle, to promote your book (or whatever it is you want to promote). I read the article then sent Susan an email telling her what I thought of it, and included one passage of the article that in particular set me off.

…a relatively easy concept: sign up, start sending out 140-character updates of what you’re doing, and get dedicated people following your posts.

“Dear Susan,” I wrote, “This article makes me want to crawl into bed and pull the covers over my head. Don’t we spend enough time on the computer and cell phone as it is?! And who are these ‘dedicated people’??? People with nothing else going on in their lives?”

I realize my rant was a little reactionary – and I apologized for my “fire in the belly” – but it threw me right back to Year 2000, the year I left my job with a booming, and very well-funded, dot com in San Francisco. I quit because my boss kept reminding me our goal was to get people to spend more time on our web site. Words like stickiness, page views, eyeballs, monetize, and virtual were being thrown around as readily as the money spent on business-class tickets to visit our client in London. Our site, however, was about outdoor adventure and my goal was to get people to spend more time outside. Shouldn’t that have been the obvious objective of everyone else too? Weren’t we all there working 80-hour weeks because we were passionate about climbing and biking and sailing and, therefore, propelled by the satisfaction that at least we were motivating others to get outdoors, even if we were chained to our computers? Moreover, I could not have been the only employee who held the knowledge that, no, you cannot feel a granite wall by looking at the Internet and, no, you cannot smell pine trees or feel the salt spray of the sea on your face while sitting at your fucking desk. We could have been the cast of a reality TV show—called “The Emperor’s New Clothes.”

When my annual review came up I first listened to my bosses’ praise and their offer for the highest salary raise allowed, and then I broke the news to them. “I am giving you my two week notice. I just feel the need to do something with my hands, something tactile, like bake bread. Or pie.”

The amazing thing is that they understood. They nodded. They smiled. They even seemed a little envious. “You need to rent the film ‘The Muse,’” said my female boss. “Andie MacDowell’s character starts a baking business—cookies, I think. That could be you.” 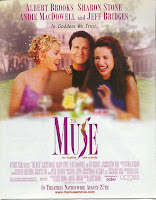 me. Sort of. I moved back to Los Angeles and promptly got a job at a tiny bakery/gourmet take-out in Malibu, where I became a pie-baker-to-the-stars. (I’ll write more about that later.) I had no qualifications, I only told the owners that I’m from Iowa and, thus, as a good Iowan I know a thing or two about pie. They hired me on the spot. Even in a city as hectic as L.A. I was able to simplify my life, riding my bike to work, baking all day – oh, the Zen of peeling apples – and doing yoga in the evenings. I went from 200 emails a day to 10, from 25 cell phone messages to two. Instead of worrying about crashing servers or million-dollar budget overruns I worried about Robert Downey Jr. liking my peach crumble or if I put enough sugar in Dick Van Dyke’s strawberry-rhubarb pie (his favorite). Living low-tech, however, has its price. I went from a six-figure jet-setting job to making $7.50 an hour sweating by the convection ovens in a crowded back-room kitchen. But I was calm. And happy. I wasn’t squandering my precious life in front of a computer. I didn’t have a MySpace page or blog that needed constant updating. I wasn’t trying to collect virtual friends in chat rooms (or find a date online, for that matter). And I certainly had no need to “Tweet” to my “dedicated people” every hour to tell them “Hey, big news: I baked another pie today” or “Barbra Streisand’s chauffeur is picking up a lemon meringue pie at 5” or “I have to take a pee now.” Instead of advertising my every move to the world it was enough to be connected to the other women working next to me in the kitchen. It was enough just to “be.”

Fast forward five years: I (finally) have my own web site designed for my career endeavors beyond baking—to generate work that pays the rent. I stay connected with my old dot com coworkers through a professional networking site called LinkedIn. And I recently launched this blog—with the purpose of encouraging people to bake more pie, and to build community IN PERSON, not spend more time online. But I still don’t have a MySpace or Facebook page. I spend at least six hours at my computer every day as it is. That’s more than enough. I need to have enough time to walk the dog, study my Spanish, enjoy a face-to-face conversation with my husband over dinner, put my face in the sun, and smell those pine trees.

Susan wrote me back. “I agree. The digital-obsessed world does scare me—this insatiable need to communicate every nanosecond. But it’s real and I feel I at least need to know the lingo and possibilities of the digital age if I want to be a viable job candidate anywhere. Even Congress is tweeting for heaven’s sake! Ahhh! Maybe there will be a backlash and more and more people will move to Vermont to raise goats and live off the land. Now there’s an idea!”

Yes, move to Vermont—or to Saltillo, Mexico. And bake pie. (Because for me, it’s always about pie. But I like the idea of raising goats too.)

And then, a few minutes later, she sent me another email: an invitation to receive her Twitter updates.

And what did I do? I sucked up my I-will-not-be-a-trend-or-technology-follower snobbery and I accepted. I spent the five minutes creating a Twitter account, because who knows? Maybe I will use it to promote a book about pie someday.